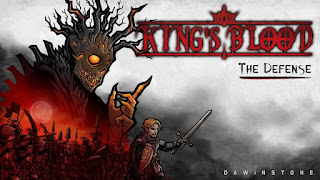 King's Blood: The Defense v1.2.5 MOD APK (Unlimited Money)
INFORMATION:
Size: 77 MB +
Version: 1.2.5
Android: 5.0 and Up
Mode: Offline
Genre: Strategy, Casual
Developer: DAWINSTONE
DETAIL:
King's Blood: The Defense is a strategic defense game with totally different method of gameplay compared to conventional defense games.
[Note]
* Game data may become automatically deleted after saving the game in the Options screen and not accessing the game for a long time. Please note that you must save the game and use identical account to access the game after changing your device.
■ King's Blood is a story-based strategic defense game with an ending. The game offers Normal, Defense and Conquest battles, without limits to level.
■ The 4 unique heroes of King's Blood are powerful aides to the player, each with its own story.
■ You can create your own character by choosing its appearance, gender and name.
■ The player can hire various troops and soldiers from many nations, including the Knights of Bordeaux.
■ There are dominance dynamics among soldiers and troops, and the unique abilities and skills of the soldiers affect the gameplay greatly as they level up.
■ Extract Enchanted Bloodstones to power-up soldiers, items and abilities as you see fit.
■ Players can obtain items by defeating the Vampire Lords in Conquest battles to change gear that will increase the abilities of the soldiers and themselves. 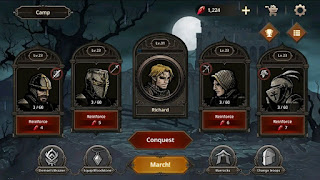 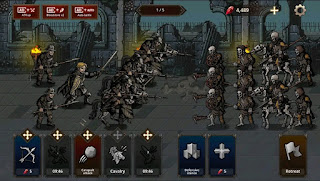 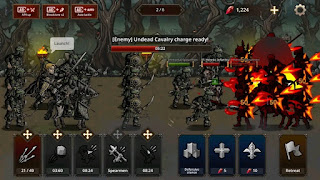 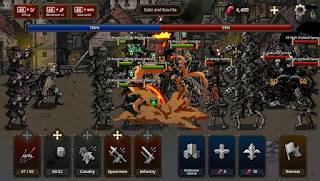 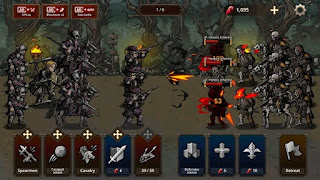