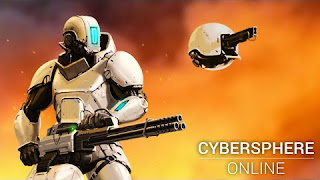 The invasion began 54 years ago. They came out of nowhere, their robot armies smashed our defence in a week, but we did not surrender.
We fought, we studied out enemy, and we started to win. Now is 2077, and we are ready to stop this war.
We have super-powerful energy and explosive weapons.
We used some of extraterrestrial technologies to create our own battle robots and power armor for our soldiers.
And we have a plan to stop the invasion. All we need is you!
Main features:
★ Tools of destruction - 30+ powerful arms in Armory
★ Variety - You can control your hero with twinstick or 3rd person mode. Gamepad supported!
★ Team up - multiplatform online multiplayer - play with your friends around the world through internet.
★ Use tactics -  choose of 16 types of AI - controlled minions to attack, protect or support.
★ Customization - there is a lot of characters, weapons and skins.
★ The harsh beauty of the world of the future - vivid 3d graphics, looks great and runs great even on the old phones
★ Shoot to kill - crazy high-speed gameplay!
Game modes:
★ Survive - stay alive, kill as many robots as possible!
★ Defence - protect your base from hordes of enemy units
★ Assault - destroy enemy mothership, and dont let to destroy yours!
★ Team Assault - 2 teams, 2 bases, 8 players.
★ Deathmatch - classic free for all mode.
★ Team Deathmatch - become the strongest squad!
The game is made by single indie developer. I hope you will like it!
REVIEW: 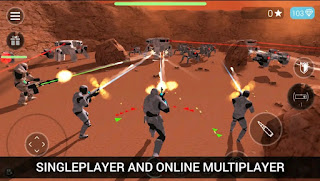 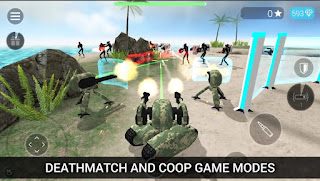 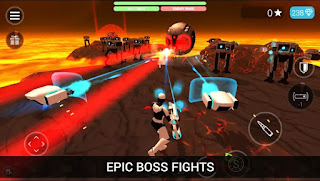 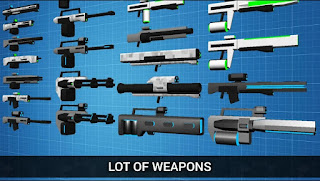